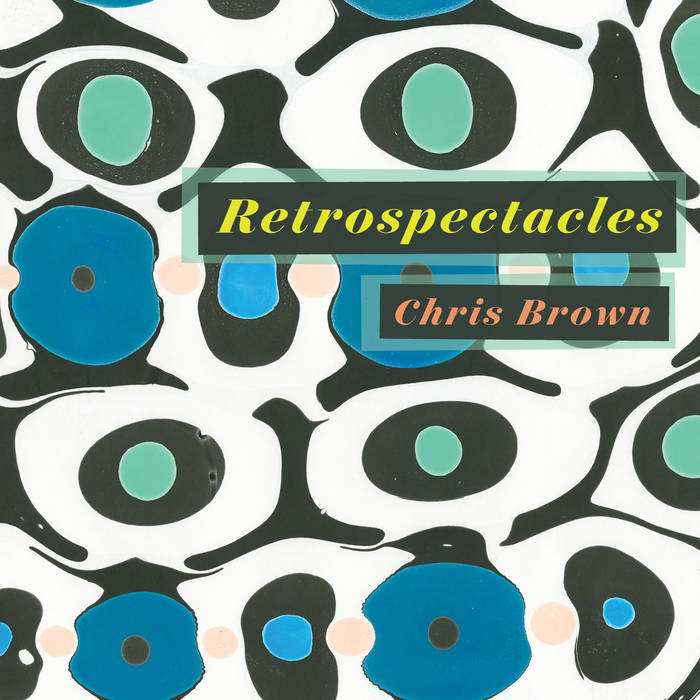 Retrospectacles is a double-CD retrospective of works for piano and interactive computer composed, programmed and performed by the San Francisco Bay Area experimentalist composer Chris Brown. It showcases recordings made between the 1990's to 2016 of compositions that explore evolving paradigms of human-machine interaction through live signal processing, generative polyrhythmic textures, and a cohabitation of both formal control and indeterminacy.

Credits:
Disc 1 - Retrospectacles and Shuffle were recorded in a live performance at Roulette, New York City in December 2005 by Jim Staley. Imaginary Birds was recorded at Mills College in Oakland on June 11, 2015 by Jesse Austin. Matrix was recorded on February 4, 2012 by Chris Brown at Whitney Studios in Oakland.

Chris Brown, composer, pianist, and electronic musician, makes music with self-designed sonic systems that include acoustic and electroacoustic instruments, interactive software, computer networks, microtonal tunings, and improvisation. His compositions are designs for performances in which people bring to life the musical structures embedded in scores, instruments, and machines.

His early work frequently included electroacoustic instruments he invented and built, like the Gazamba (1982), an electric percussion piano featured in Alternating Currents (1984), for orchestra and three soloists. He designed and built his own computer-controlled analog signal processing system for the environmental sound piece Lava (1992), for brass, percussion, and live electronics. Talking Drum (1995-2000), was a MIDI network installation that explored polyrhythm, distance, and resonance in large architectural spaces. He later extended this concept with a homemade low-power FM radio system for the audience interactive installation series Transmissions (2002-9) with Guillermo Galindo. He is a member since 1986 of the pioneering computer network music band The Hub. Throughout his career he has composed solos for acoustic instruments with interactive electronics, and for computer alone, using software he writes for his compositions and improvisations. Since 2005 he has written music in just intonation, often integrating rhythmic structures that parallel the proportions used in their tunings.

Recordings of his music are available on New World, Tzadik, Pogus, Intakt, Rastascan, Ecstatic Peace, Red Toucan, Leo, and Artifact Recordings. He has also performed and recorded music by Henry Cowell, Luc Ferrari, José Maceda, John Zorn, David Rosenboom, Larry Ochs, Glenn Spearman, and Wadada Leo Smith; as an improvisor he has performed and recorded with Pauline Oliveros, Fred Frith, the Rova Saxophone Quartet, William Winant, and Frank Gratkowski, among many others. He taught for 28 years at the Center for Contemporary Music (CCM) at Mills College in Oakland, California, and is currently Professor Emeritus.