Get fresh music recommendations delivered to your inbox every Friday.

Crossing A River By Rope 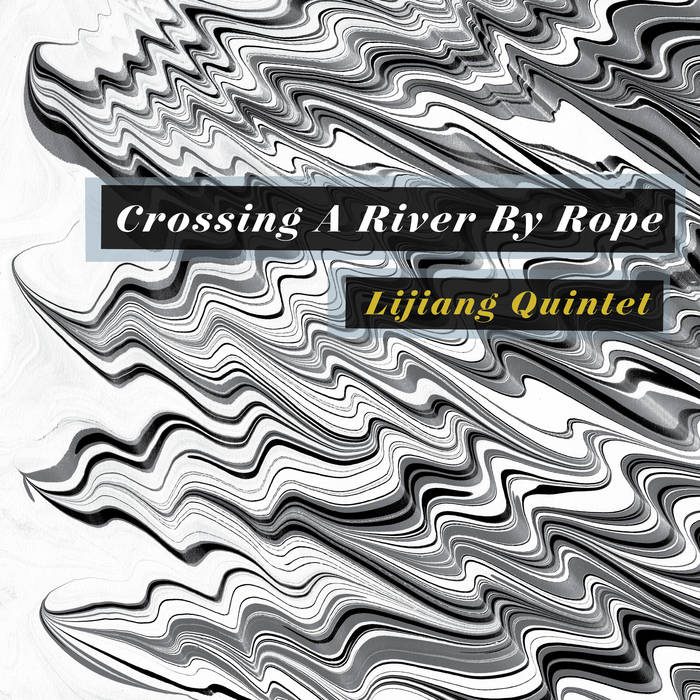 Recorded in the Yunnan Province of China during a serendipitous meeting of five musicians at the Lijiang Studio artist residency in July 2017, this collection of improvisations presents a rare and exuberant exchange of sonic discourse between Chinese and American improvisers. The three members of Red Scarf, one of China’s most rambunctious and radical prog rock/noise bands, ignite in a charged chemistry with cellist/vocalist Theresa Wong and clarinetist John McCowen. Their vocabulary draws upon traditional Chinese music, noise, rock, and free improvisation all with the force and purifying effect of an ancient shamanic weather front.

Picture a small village in Southwest China: a snow peak reflected in a calm lake, the land flat and wide with well-arranged houses embraced by mountains. One of those wooden houses is gently shaking with music. Noise bounces between the roof beams and the floor, the people inside and the dogs outside are all affected by flows of sounds.

Deng Boyu’s drumbeats from a set assembled with found farm trash provide plenty of scope for adventure. The waterlogged throbs of clarinet from John McCowen echo with Lao Dan’s chirping bamboo flute. Theresa Wong’s cello rattles and hums, interweaving with Li Xing’s fluid guitar. Distinctive sounds are contributed to a constantly shifting soundscape. One fragment bubbles up to the surface only to then be subsumed by the next one. To improvise is to enter a zone of indeterminacy, to play against one’s mental and manual habits. Right now, right here, in this Eastern landscape, five improvisers sculpt vibrations together, greeting our ancestors' first musical performance from an ancient time.

As an old Chinese saying goes: the lingering sounds coil around the house beams, still vibrating days later. The vibrations do not disappear, but dissipate, echoing in the room, in bodies, in memories.

Theresa Wong is a composer, cellist and vocalist active at the intersection of music, experimentation, improvisation and the synergy of multiple disciplines. Her works include "The Unlearning" (Tzadik 2011) for two voices, violin and cello inspired by Goya's Disasters of War etchings, "Venice Is A Fish" (2014), a collection of solo songs, and "To Burst To Bloom" (2017-18), songs setting the texts of 12th Century female Taoist Sun Bu'er. Wong has been commissioned by Vajra Voices, Splinter Reeds, Del Sol String Quartet among others and collaborates with many singular artists, including Fred Frith, Ellen Fullman, Luciano Chessa, Carla Kihlstedt, and filmmaker Daria Martin. She has toured throughout the US and internationally and currently resides in the San Francisco Bay Area.
www.theresawong.org

John McCowen is a New York based composer and performer whose work focuses on extending the possibilities of the clarinet family. John embraces long-form drones, difference tones, and beating harmonics as a means to extrude the dimensionality within - treating the clarinet as an acoustic synthesizer. John was a founding member of the Chicago avant-rock group, Wei Zhongle, where he performed on amplified clarinet/electronics. His discography includes releases on International Anthem, Astral Spirits, Cairn Desk, NNA Tapes, New Atlantis, Self Sabotage, Edible Onion, and DAAANG. He received the Elizabeth Mills Crothers Award for music composition in 2016 from Mills College where he also received an MA in Music Composition.
www.johnmccowen.com

Lao Dan performs on alto saxophone, bamboo flute and various reeds instruments from around the world. In 2007, he studied at the Shenyang Conservatory of Music and also served as the chief flautist of the Shenyin Youth National Orchestra. In 2012, he began studying wind instruments from around the world including: Chord, Didgeridoo, Bansuri, Bamboo Sax and Duduk. He synthesizes all of these techniques into his approach to playing the traditional Chinese bamboo flute with a focus on freedom, emotion, creation, and space.

Li Xing is a guitarist who draws from experimental rock, free jazz and sound art, shaping a personal approach to his instrument. From the dryness of Beijing to the femininity of Shanghai, many years of an itinerant musical life have allowed him to develop and shape his sound. By understanding the relationship between yin and yang, he considers the relationship between sound and Chinese contemporary society, in particular the role of noise and environment. In 2014, he was the producer and main arranger of the troupe "Taiping Youxiang" and "Five Stones". The album won three awards in the fifteenth "Chinese Language Media Awards".

Deng Boyu is a percussionist whose styles cover rock, jazz and free improvisation. He is also an electronic musician, forging a minimalist atmosphere with a unique aesthetic perspective for sampling and collage. In 2012, he published his first personal electronic album, "The Wilderness Password." Along with Lao Dan and Li Xing, he is a founding member of the Chinese experimental trio, Red Scarf.
soundcloud.com/redscarfband