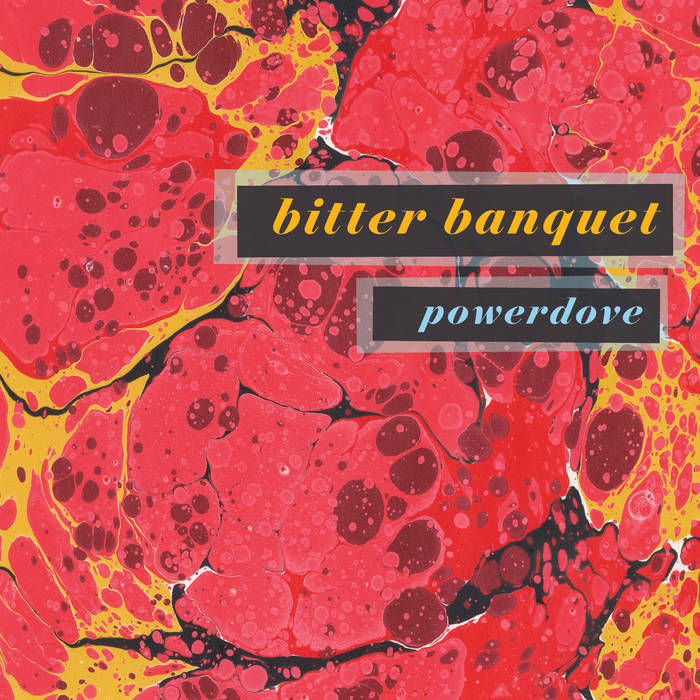 bitter banquet is a multi-media song cycle inspired by pivotal moments in the lives of several characters, as portrayed by Euripides in his tragedies: Hecuba, Andromache, Iphigenia, Phaedra, Evadne, Alcestis, Polyxena, Megara, Medea and Aegisthus. Themes exploring war, loss, and grief written millennia ago are brought to life through a modern prism with the hypnotic music of composer Annie Lewandowski, aka powerdove.


“There it was, one of those moments that is the opposite of blindness...”
- Anne Carson, Autobiography of Red

"In late Summer 2015, I read Anne Carson’s translations of Euripides’ tragedies. My reaction to these unflinching examinations of grief and human suffering was sharp and deep. In the autumn months that followed, inspired by Carson’s translations and others, I wrote the songs on this recording, each one magnifying an iconic moment in the life of a dramatic character.

And now, three years later, I cannot think of that period in my creative life without also thinking of the vast grief that was to meet me in my personal life in the time to come. This recording takes the shape of anticipatory loss. I wonder now about what I knew but could not speak, the buried truth that could then only be voiced through these characters.

I am deeply grateful to the fine musicians on this recording who brought sonic richness and depth to the proceedings, to John Dieterich for engineering, to Kevin Ernste for lending the room and equipment to record, to Theresa Wong for her enduring support of my music, to Kazumi Tanaka for Magdalene, and to the people and organizations who helped nurture Bitter Banquet onto the stage, including Samuel Buggeln, Benjy Brooke, Sergey Levitskiy, Emily Weisbecker, The Cherry Arts, and the Cornell Council for the Arts.

This recording is dedicated to Verity Platt, Mollie Leitzes & Mel Solomon, and Karen Gilovich, with my eternal gratitude."
- Annie Lewandowski, 2018

Annie Lewandowski is a composer/performer who works in song and improvisation, interested in exploring how they intersect. As an improviser on piano, accordion and electronics, she has performed/recorded with Fred Frith, the London Improvisers Orchestra, Caroline Kraabel, Theresa Wong, Tim Feeney, CAGE, Sarah Hennies, Spinneret.s, and Doublends Vert. As a singer, guitarist, and keyboardist, she has recorded with rock bands Emma Zunz, Xiu Xiu, The Curtains, Former Ghosts, William Ryan Fritch, and Hawnay Troof. Her band Powerdove has released nine recordings, most recently "War Shapes" (Murailles Music, 2017), and "Bitter Banquet" (fo'c'sle records, 2018). She premiered her Euripidean multimedia song cycle "Bitter Banquet" with baroque keyboardist David Yearsley at the Sustaining the Antique Festival of Classics at Cornell University in October 2016. Currently, she is collaborating with Lab of Ornithology bioacoustics researcher Katy Payne on projects related to the creative evolution of humpback whale song. She is Senior Lecturer in Music at Cornell University
www.annielewandowski.com

David Yearsley was educated at Harvard College and Stanford University, where he received his Ph.D. in music history. He is author of the widely-praised Bach and the Meanings of Counterpoint (Cambridge University Press, 2002), Bach’s Feet (Cambridge, 2012), and Sex, Death and Minuets: Anna Magdalena Bach and Her Musical Notebooks (University of Chicago Press, 2019). Among his honors as an organist are all major prizes at the Bruges Early Music Festival. He has been an Alexander von Humboldt Foundation Fellow at the Humboldt University in Berlin, a Wenner-Gren Foundation Fellow at the University of Gothenburg, and recipient of fellowships from the American Council of Learned Societies and the John Simon Guggenheim Foundation. His many recordings include J. S. Bach’s organ trio sonatas and Bach & Sons, both on the Musica Omnia label. He has been music critic for the Anderson Valley Advertiser for twenty-five years; his weekly column can also be read at counterpunch.org. A long-time member of the pioneering synthesizer trio Mother Mallard’s Portable Masterpiece Company, he teaches at Cornell University.
www.music.cornell.edu/david-yearsley

Russell Greenberg is a proponent of new and experimental music spanning multiple genres. As a founder of the percussion and piano quartet, Yarn/Wire (hailed as "intrepid, engrossing" by the New York Times), he has performed at numerous venues around New York City and the United States and has worked closely with composers to creat new repertoire for the ensemble. In addition to his work with Yarn/Wire, Russell has performed with Wet Ink Ensemble, International Contemporary Ensemble, Argento, Signal Ensemble, San Francisco Contemporary Music Players, and Two-Headed Calf, among others. Russell received degrees from SUNY Stony Brook (MM, DMA) and the University of California, Berkeley (BA). He has appeared internationally at the Darmstadt, Acanthes, Klangspuren, and the Lucerne festivals. He is currently on faculty at Lucy Moses School (Manhattan), and SUNY Suffolk College.
www.russellgreenberg.net

Theresa Wong is a composer, cellist and vocalist active at the intersection of music, experimentation, improvisation and the synergy of multiple disciplines. Her works include "The Unlearning" (Tzadik 2011) for two voices, violin and cello inspired by Goya's Disasters of War etchings, "Venice Is A Fish" (2014), a collection of solo songs, and "To Burst To Bloom" (2017-18), songs setting the texts of 12th Century female Taoist Sun Bu'er. Wong has been commissioned by Vajra Voices, Splinter Reeds, Del Sol String Quartet among others and collaborates with many singular artists, including Fred Frith, Ellen Fullman, Luciano Chessa, Carla Kihlstedt, and filmmaker Daria Martin. She has toured throughout the US and internationally and currently resides in the San Francisco Bay Area.
www.theresawong.org